A downloadable game for Windows

A pretty big project I worked on for the Yuri Game Jam 2018!

And boy am I glad I go the chance to finish this up~ It took 2 months to make this.

It's a platform action game. You play as Iris Knight who goes to save da' princess!

J - Attack - You can hold it to perform a Charge attack.

L - Shield - You definitely are gonna need that shield.

NOTE: The game's controller-compatible. If you want to check its controls, check on the title screen's How To Play.

There are 5 levels and 6 bosses. Who are they? Just play the game.

A little review of the game
Visuals : the chars looks cute but what i dont like is most of the background are quite lacking honestly i could even tell where it was looped

gameplay: the levels are designed well and i felt they were fair and most enemies appearances had queues you could see but the bosses are either easy or hard  the fire and earth level bosses were good but the fire one was way to easy but the ice and forest bosses were hard maybe i missed something about them but i had to use invincibility frames to kill them but the ice one i think could be manageable i just was too lazy

Music: i dont find most chiptune stuff good but alot of other people like it also i am not a musician so i dont know why i am writing this

story: pretty cute it's just a save the princess type of a deal but the end cutscene is honestly cute

Thanks for the critique~ UwU 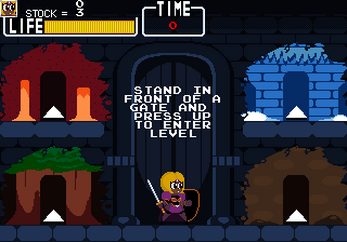 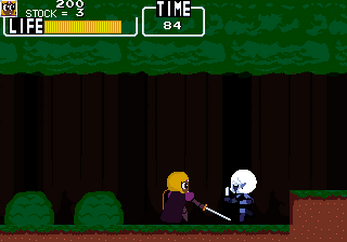 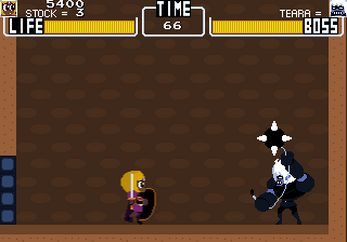